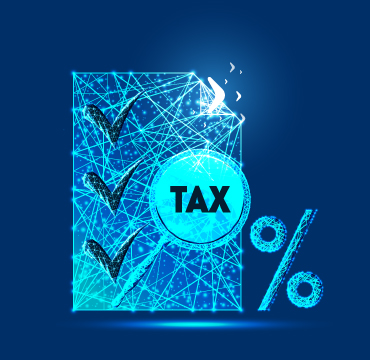 The surge in foreign investment to our island is due to a number of factors including a robust regulatory framework, harmonised tax environment, a bilingual and skilled workforce, political stability, economic diversity, an ideal time zone, a valuable network of Double Taxation Avoidance Agreements (DTAAs) and Investment Promotion and Protection Agreements (IPPAs) and compliance with international standards. It is undeniable that Mauritius has put in place the foundation of a world-class International Financial Centre (IFC). Currently, the financial services sector accounts for 11.8% of our GDP and provides direct employment to more than 8,000 people and many more indirect employments through the transport or hospitality industries and the likes.

Mauritius is not about attractive fiscal incentives. It continuously strives to improve its attractiveness by being forward-looking. Mauritius has progressed from the 20th place in 2019 to the 13th place in the latest World Bank Ease of Doing Business Report. Moreover, it abides to all the international standards, in particular those prescribed by the Organisation for Economic Cooperation and Development (OECD) and the European Union (EU).  It is a fact that Mauritius is on the whitelist of both the OECD and the EU.

This recognition is mainly due to the sturdy and reliable regulatory framework and the revamped harmonised tax regime. As an IFC, Mauritius has offered incentives to foreign companies for them to set up in Mauritius.  Actually, there is no restriction on ownership of companies and Mauritius allows for 100% foreign shareholding. In settling here, foreign investors enjoy a hybrid legal system and an investment-friendly regulatory regime.  The Global Business sector, regulated and monitored by the Financial Services Commission (FSC), is the cornerstone of our financial industry that aided Mauritius in weathering the global financial crisis. Mauritius offers a plethora of product offerings such as Protected Cell Companies, Limited Partnerships, Trusts and Foundations, Regional Headquarters or Family Offices. It has been confirmed by the OECD that there are no harmful tax practices in Mauritius.

As mentioned previously, Mauritius has a harmonised tax system. It applies a 15% tax rate and this rate is applied across board (income, corporate and VAT). Clearly, we are not a zero-tax jurisdiction. It is true that Mauritius offers a range of incentives that reduces or even nullifies the tax rates and these are provided largely with the view of boosting competitiveness of the jurisdiction in terms of facilitating business in the country. For instance, dividends paid by a Mauritius resident company and gains derived from the sale of units, securities or debt obligations are exempt from income tax in Mauritius. There is no withholding tax on dividends paid by a Mauritian resident company. Moreover, there is no capital gains tax and no inheritance tax in Mauritius.

In addition to the above, the following fiscal incentives are available to residents and non-residents alike, subject to specific conditions being met:

To be eligible to the aforementioned incentives, it is crucial for a taxpayer to demonstrate substance in Mauritius. Those substance requirements, prescribed by the FSC as well as the Mauritius Revenue Authority (MRA), encompass real presence and genuine business criteria and are rigidly monitored. Taxpayers have the obligation to carry out their core income-generating activities in Mauritius.

We are continuously working towards reinforcing our regulatory framework. In that respect, we have addressed the concerns of the EU by introducing the Controlled Foreign Corporation (CFC) rules and stiffening the economic substance in Mauritius.

Adding concrete actions to its commitment of global crackdown on combatting tax abuse and treaty shopping, Mauritius has signed, in July 2017, the Multilateral Convention to implement the OECD measures to prevent Base Erosion and Profit Shifting (BEPS “Multilateral Instrument” or “MLI”) and treaty abuses. It has deposited its instrument of ratification with the OECD on 18 October 2019. The MLI entered into force for Mauritius on 1 February 2020 (i.e., the first day of the month following the expiration of a period of three calendar months beginning on the date of the deposit by Mauritius of its instrument of ratification). 44 of our 46 DTAAs have been listed as Covered Tax Agreements (CTAs) and Mauritius has opted for the minimum standards of the MLI relating to Treaty Abuse and Mutual Agreement Procedure.

Moreover, Mauritius has joined the Inclusive Framework on BEPS and has committed to implement the BEPS minimum standard to tackle tax avoidance, improve the coherence of international tax rules and ensure a more transparent tax environment.

With the view to enhance its transparency and collaboration framework, Mauritius is equally committed to the Common Reporting Standard (CRS) and Country-by-Country reporting (CbCr). Information is also being exchanged on an automatic basis under Foreign Account Tax Compliance Act (FATCA) with the Internal Revenue Service (IRS) for years now. Furthermore, Mauritius’ new Code of Corporate Governance, coupled with its presence on the OECD’s and EU’s white lists, represents great strides towards better transparency. Once again, the achievements of the country have been acknowledged by the OECD and the EU which has rated Mauritius as Compliant with regards to international standards for the exchange of information on request between tax authorities.

It is explicit that Mauritius does not tick any boxes of a ‘tax haven’ which has been described by OECD as being a jurisdiction where there is no or low taxation, ring fencing, no treaties, the culture of secrecy, lack of exchange of information, insignificant contribution of tax revenue to GDP and no substantial activities. This gives a clear signal that Mauritius is deepening its commitment to fight international tax avoidance whilst given the status of being a reliable and renowned tax jurisdiction.